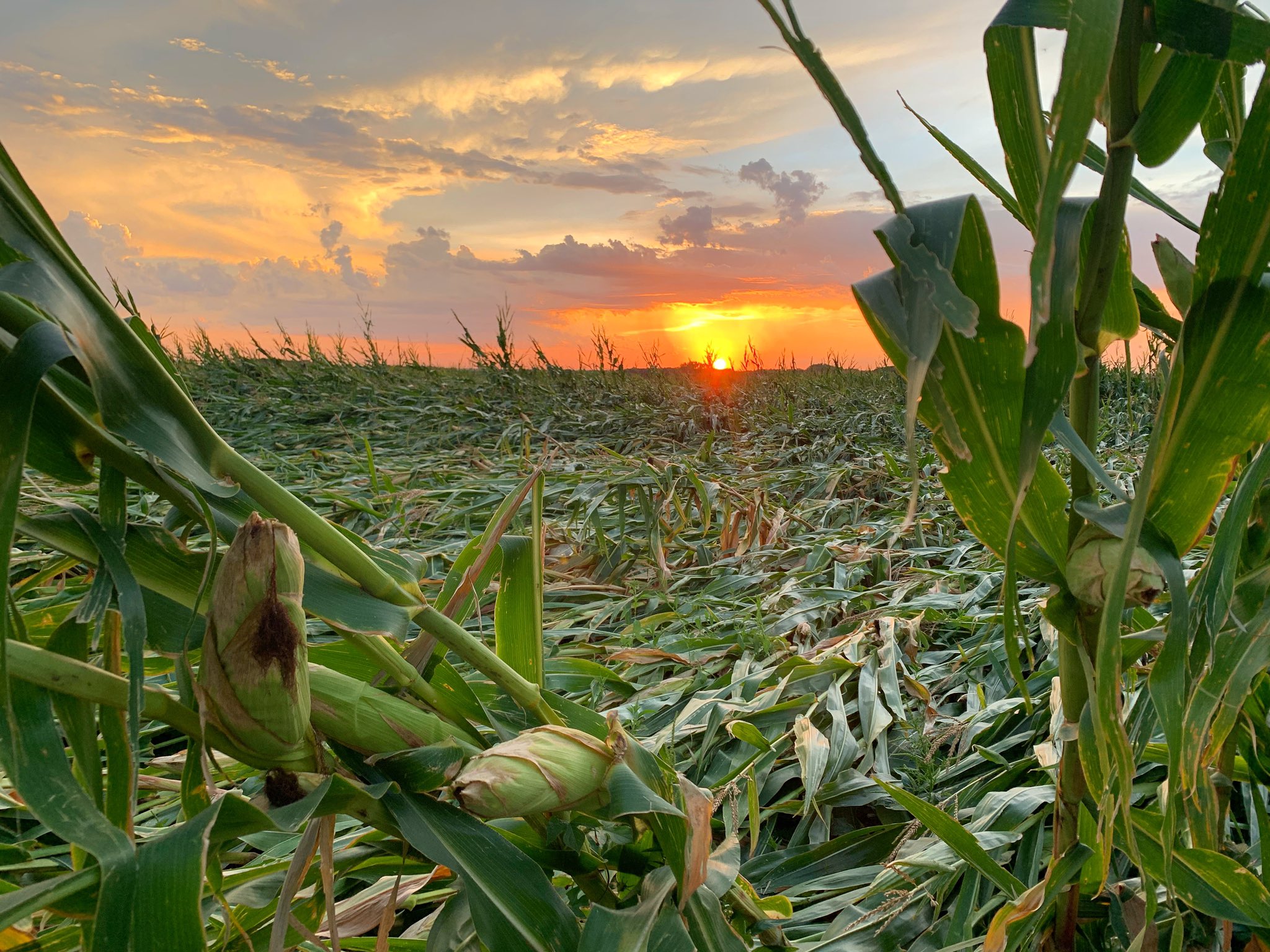 One year ago, a severe thunderstorm with extreme winds — called a derecho — tore through the Midwest United States. The event brought extensive damage — snapping power poles and damaging an estimated 37.7 million acres of farmland. NOAA estimates indicate this is the costliest thunderstorm event in recorded history for the United States, causing more than $11 billion in damage.

Researchers at the NOAA National Severe Storms Laboratory and the Cooperative Institute for Mesoscale Meteorological Studies are studying one of the biggest weather stories of 2020, which occurred at the height of crop growing season. The “Iowa Derecho” had a swath of destructive winds and was not only life-threatening but also obliterated crops in its path.

Predictability varies for thunderstorm events, and many numerical models did not do a particularly good job of helping forecasters anticipate the devastating Iowa event, even the day of the storm. Researchers tested whether the experimental Warn-on-Forecast System (WoFS) could have contributed to an improved forecast of the event.

Researchers expanded the model domain to capture the evolution of the fast-moving and long-lived storm and the results of the forecast runs proved very promising. A forecast based on data that was available 12 hours before the derecho developed correctly predicted a fast-moving, bowing thunderstorm system with significant severe winds (> 75 mph) near the ground. In the future, when a fully developed WoFS becomes available for events such as these, this could lead to earlier anticipation of a high-end event.

Some scientists, like Melissa Wagner, are working in the field to better understand derechos in hopes of providing more accurate warnings in the future. Wagner, a Cooperative Institute for Mesoscale Meteorological Studies (CIMMS) scientist supporting the NSSL, is leading a research effort that’s using drones to gather data on the aftermath of the 2020 derecho.

Wagner’s team used a drone to collect imagery of rural parts of central Iowa hit hard by the derecho in late August and early September. Drones are particularly useful in gathering data on storm damage in rural areas, Wagner said.

Understanding and documenting wind damage helps scientists like Wagner better understand what these storms are capable of and better communicate their risk in the future. It also helps scientists develop more damage indicators for vegetation that are better reflective of storm intensity in rural areas. Wagner’s study is ongoing, and she plans to use UAS to gather this type of data on future derechos and other high-wind events.