NORMAN, OKLA. – Earlier today, the NOAA National Hurricane Center upgraded the storm gaining momentum off the United States Gulf Coast from a tropical storm to a hurricane, with sustained winds of more than 74 miles per hour.

A research team led by Michael Biggerstaff, professor of meteorology in the College of Atmospheric and Geographic Sciences at the University of Oklahoma, is en route to Louisiana to deploy two of the university’s truck-mounted Shared Mobile Atmospheric Research and Teaching (SMART) weather radars.

“The goal is to capture the vertical profile, duration, and gustiness of extreme winds in an effort to improve building codes to mitigate damage to homes and commercial buildings,” Biggerstaff said of the project, which is funded by the National Institute for Standards and Technology.

Besides the mobile radars, the team will deploy several instruments to capture atmospheric conditions. Disdrometers will be used to measure the sizes of the raindrops to improve radar estimations of rainfall and inland flooding. In addition, researchers will use an instrument-laden vehicle that includes tools for launching weather balloons to document the wind profile, which aids in creating maps of the maximum winds observed in the storm.

This is the thirteenth landfalling hurricane Biggerstaff has studied with the SMART radars, including three deployments in Louisiana last year. Biggerstaff’s team supported the local

NOAA National Weather Service Office in Lake Charles, Louisiana, during Hurricane Delta following the destruction of a NOAA radar due to a previous storm, Hurricane Laura.

“Some of our past research has examined the maximum winds observed in Hurricanes Harvey and Florence, the development of inner core rainbands that contribute to inland flooding, the impact of vortices along the inner edge of the eyewall that produce extreme wind gusts, and the change in the vertical structure of the winds as they flow from water to overland,” Biggerstaff said.

“Biggerstaff and his team continue to obtain valuable information while managing the risks inherent with making measurements in severe weather environments,” said Berrien Moore, dean of the College of Atmospheric and Geographic Sciences and director of the National Weather Center. “This is important and we should applaud their work.”

About the University of Oklahoma

Founded in 1890, the University of Oklahoma is a public research university located in Norman, Oklahoma. OU serves the educational, cultural, economic and health care needs of the state, region and nation. For more information visit www.ou.edu.

The SMART radars are managed through NOAA’s Cooperative Institute for Mesoscale and Meteorological Studies at OU. Biggerstaff can be reached at drdoppler@ou.edu. 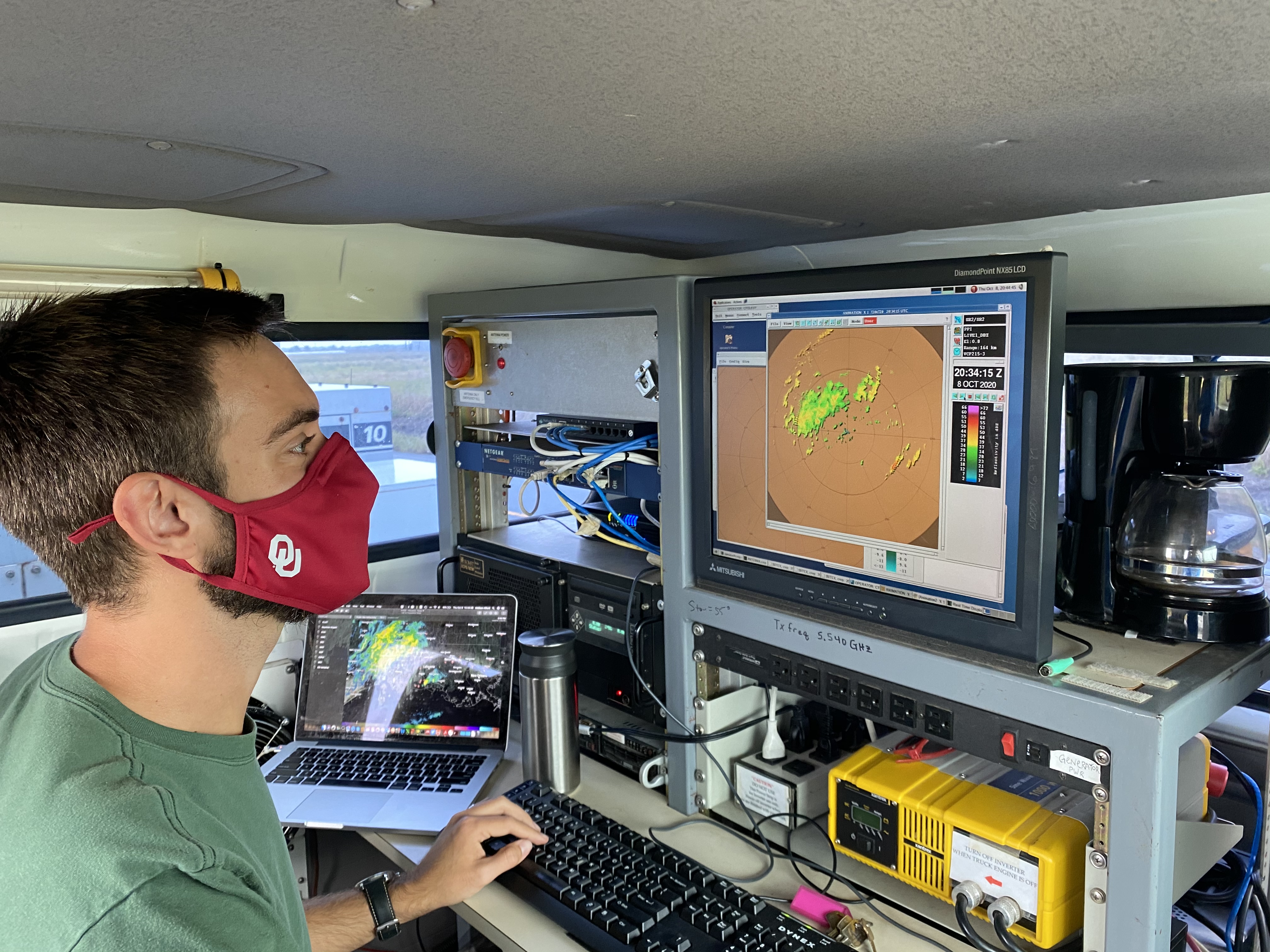