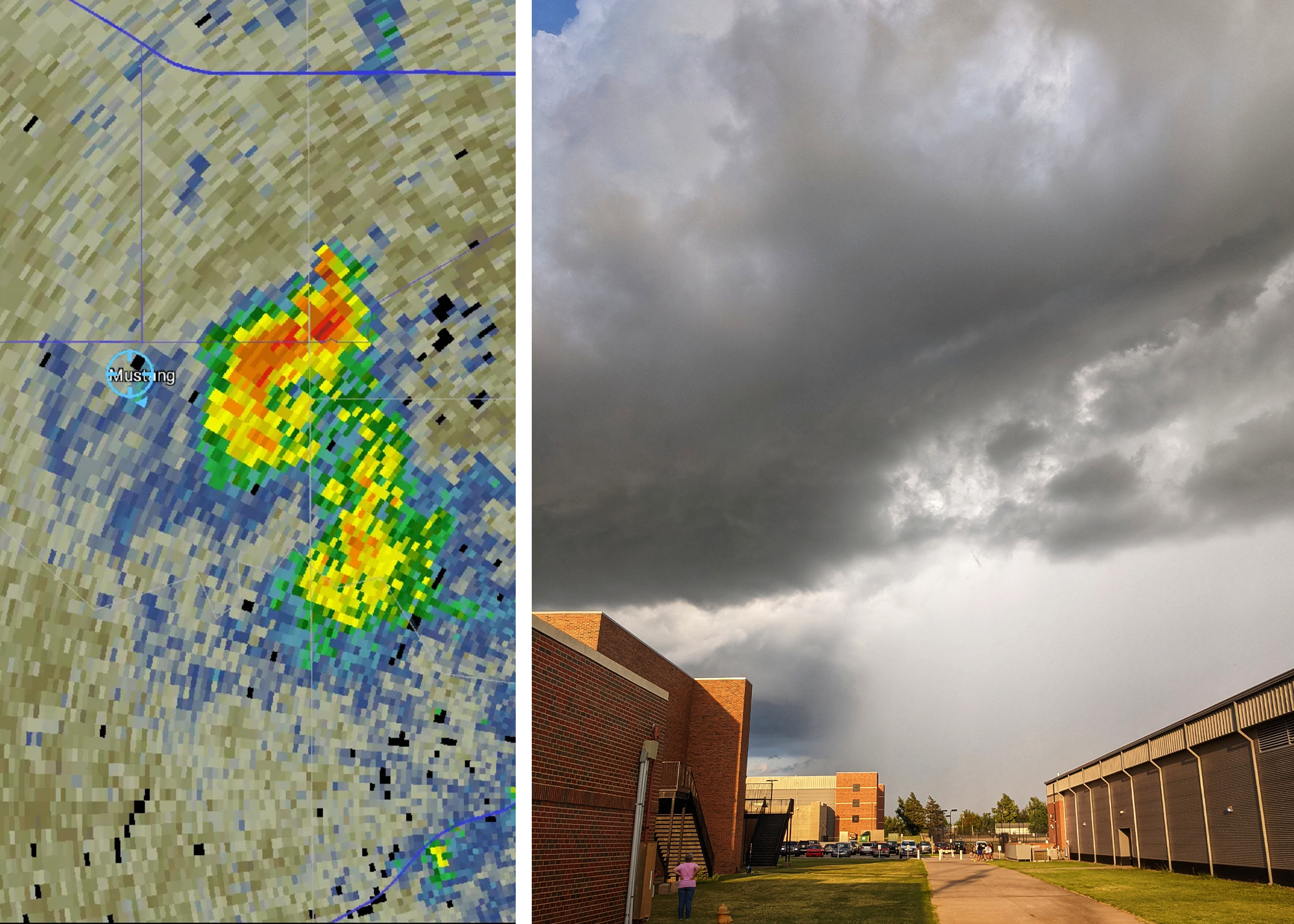 On warm, sunny days, Jacob Carlin can be found creating his own severe weather – radar simulations of winter storms that help forecasters make short-term predictions about what can't be seen inside a storm.

Carlin analyzes dual-polarization radar data as a research scientist at the Cooperative Institute for Severe and High-Impact Weather Research and Operations (CIWRO) at the University of Oklahoma. By studying how precipitation forms and the various environmental factors that lead to severe weather, he creates radar-based algorithms to help increase forecasters’ lead time to predict imminent winter weather hazards that can disrupt transportation on the ground and in the air.

“We use models to simulate what a hypothetical radar would sense inside of a storm, and we compare that to what we see in real life,” Carlin said. “Equations model how snowflakes and raindrops scatter energy back to the radar, and we have to make informed assumptions about the density of the snowflake, the shape of raindrops and how they’re oriented,” said Carlin, who studies how to improve those simulations by making better assumptions about precipitation.

Carlin is a member of CIWRO’s Doppler Radar and Remote Sensing Research (DRARSR) team, under the leadership of Alexander Ryzhkov, senior research scientist at CIWRO, and Dusan Zrnic, senior scientist at the NOAA National Severe Storms Laboratory (NSSL). The team’s most recent success has been the development of microphysical retrieval equations, which indicate the size, quantity and rate of snowfall. The equations, written by Ryzhkov and fellow CIWRO researcher Petar Bukovcic, have been proven particularly accurate when compared to data that researchers have collected from flying airplanes through snowstorms.

“So far, we’re finding good agreement between what these equations tell us from the radar and what is happening in reality,” Carlin said. “That’s really useful because we typically don’t have observations from inside snowstorms outside of specialized field campaigns. In general, radar is our

primary tool for looking aloft inside of a snowstorm, so if we’re able to use that radar data to get information about the snowfall, that’s useful not only to forecasters in real time, but also for comparing to our weather forecast models.”

Carlin admits his team, which also studies supercells, is frequently buried in code, equations and radar data, but he says the heart of their research is the human element of preserving life and property.

“The work of the team is very diverse. We’re looking at a number of different phenomena and hazards. I’m really motivated by the fact that everything we do at some point in the pipeline will hopefully serve the forecasters to help the public.”

A native of New Jersey, Carlin’s first exposures to severe weather were blizzards and nor’easters. He says he’s always been intrigued by earth science, including earthquakes, volcanoes and tsunamis. Connecting natural phenomena with the data is what drives his work each day.

“What turned my focus to radar is my fascination with how we could scan the atmosphere, sense the data in a thunderstorm, plot that data on a map and make a visual representation of a thunderstorm. Tracking the evolution of that storm on radar, then looking outside my window and actually observing what was being graphically depicted on the radar screen is captivating,” Carlin said. “I didn’t see any supercells until I moved to Oklahoma, but seeing a hook echo on radar then seeing the part of the storm that the radar signature is referring to – I just find it very inspiring that we’re able to get data like that and relate it to what we can see visually.”

Carlin’s interest in the investigation of hidden weather phenomena is evident in any season.

“Sometimes in autumn the leaves on the ground will get caught up in swirls of wind. They’re like tracers in the air. They’re making visible the wind patterns that are always there. Most of the time we can’t see it, but when we have leaves on the ground, we get to visualize what the atmosphere is actually doing. To me, that’s analogous to what radar can do. We have these processes, but radar allows us to fully visualize what the atmosphere is doing.”

While he was earning his bachelor’s degree in meteorology from Rutgers University, NOAA awarded Carlin with the Ernest F. Hollings Undergraduate Scholarship, which brought him to NSSL for a summer internship. He said he fell in love with the National Weather Center, then moved to Norman to get his master’s and doctorate degrees at the University of Oklahoma.

Carlin is currently focusing on data that can predict downbursts, sudden bursts of strong wind from the base of a thunderstorm that are directed at the Earth’s surface. Downbursts evolve quickly when falling hail, graupel or rain melt and evaporate, cooling the air.

“Downbursts are a real forecasting challenge because they evolve quickly. We don’t have a lot of lead time or reliable detection until it’s already occurring. The surge toward the ground spreads out and causes a hazard to aviation. The wind itself is the main damage-causing factor; however, they are often accompanied by additional hail and graupel, which also causes damage,” said Carlin, who hopes to give forecasters five- to 10-minute head starts to predict downbursts.

The DRARSR team’s next big challenge is tapping into dual-polarization radar data for nowcasting, or detailed forecasting up to six hours prior to the weather event.

“We have a lot of radar-based algorithms that try to detect severe weather phenomena, but our goal is to develop tools to predict severe weather in advance using dual-polarization data. We’re trying to develop a tool that looks aloft, sees that snowfall developing, then projects down to the surface when and where it might reach. Because snow falls slowly compared to rain, we can make predictions maybe 30 to 60 minutes in advance regarding where a heavy snowband might develop,” Carlin said.

“Another example is using dual-polarization data combined with models to try to predict when the precipitation type in a winter snowstorm might change in a given location. At some point, snow may change to freezing rain. That has a big impact on ice accumulation, which impacts power. We’re trying to use the radar data as best we can to be able to make predictions about when that changeover might occur.”

Carlin, who is a proud member of the LGBTQ community, adds to the diversity of his colleagues on the DRARSR team, many of whom hail from different countries. His advice to aspiring LGBTQ scientists is to embrace their identities.

“In my experience, being a member of the LGBTQ community makes you learn to be perceptive and think creatively and uniquely about the world around you. Even if you’re looking at a specific scientific problem, that creativity and willingness to think outside the box will serve you well no matter what subject you’re studying,” Carlin said.

Carlin also encourages LGBTQ scientists to be out and proud if at all possible to be an inspiration to those entering the field.

“There’s a lot of privilege with being able to be out comfortably at your job, but my own experience as a LGBTQ scientist is less about overt discrimination and more about a general invisibility of LGBTQ scientists. It’s important to have role models who look like you and understand your life circumstances and the considerations you have in your life. By being out, you may be serving as a role model for someone else without even realizing it.” 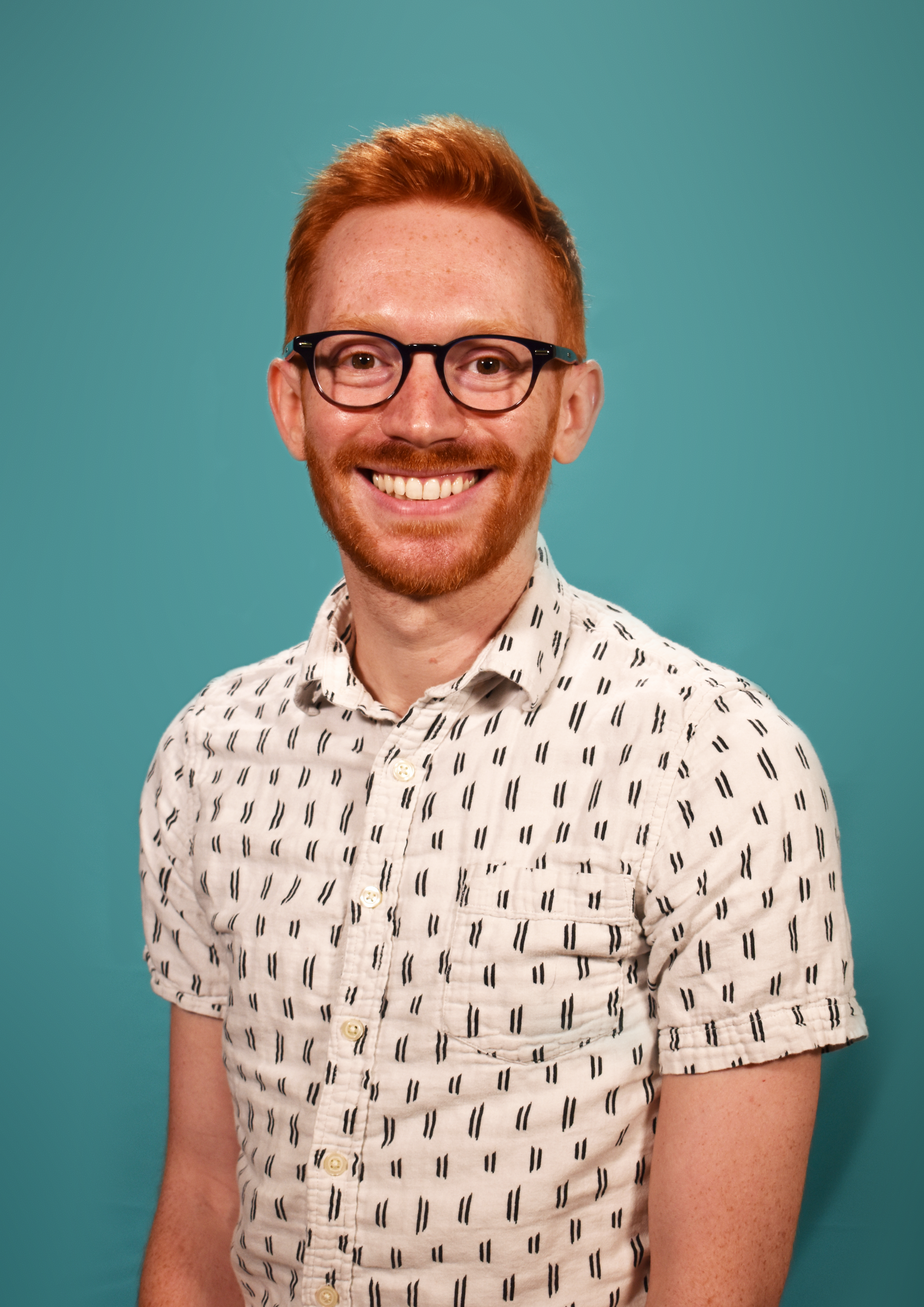