a NOAA / University of Oklahoma Partnership

The Cooperative Institute for Severe and High-Impact Weather Research and Operations (CIWRO) was established in 1978 as a cooperative program between the National Oceanic and Atmospheric Administration (NOAA) and the University of Oklahoma (OU). CIWRO provides a mechanism that links the scientific and technical resources of OU and NOAA together, to create a center of research for mesoscale meteorology, regional climate studies, and related subject areas. CIWRO scientists and students conduct research in mesoscale dynamics; radar research, development, and analysis; atmospheric electricity; severe storms; cloud microphysics; and boundary layer studies; with increasing emphasis in recent years on the climatic effects of and controls on mesoscale processes, the socioeconomic impact of such phenomena, and climate change monitoring and detection. CIWRO is one of 15 NOAA Cooperative Institutes.

Our research contributes to the NOAA mission by improving the observation, analysis, understanding, and prediction of weather elements and systems and climate anomalies ranging in size from cloud nuclei to multi-state areas. The continued advances in observational and analytical techniques lead to an improved understanding of the evolution and structure of these phenomena that provides more accurate prediction of hazardous weather and anomalous regional climate. This in turn contributes to improved social and economic welfare. Because small-, meso-, and regional-scale phenomena are important causes and manifestations of climate, CIWRO research furthers the understanding of the global climate system and regional climate variability. Altogether CIWRO promotes collaboration between scientists at OU and those within NOAA, by providing a center where these two groups may work together to learn about, and apply their knowledge of, mesoscale weather and regional-scale climate processes.

"To promote collaborative research among university and NOAA scientists, in order to further the understanding of mutual issues and produce better warnings and forecasts to save property and lives." - CIWRO MISSION

Administration Structure Funding Structure About Our Research
Where are we located? Who do we work with?

Rex Inman started the idea of CIWRO, formerly known as CIMMS, in 1975, and, in 1978, the institute was officially created through an OU and NOAA cooperative agreement. During these years, CIMMS worked within shared space in OU's former engineering laboratory building. The organization set a precedent of research upon being founded, and was one of the first research groups in Meteorology at the University of Oklahoma. The cooperative agreement set up a new collaboration with the NOAA National Severe Storms Laboratory (NSSL) during this time and Inman served as director from 1978-1980. 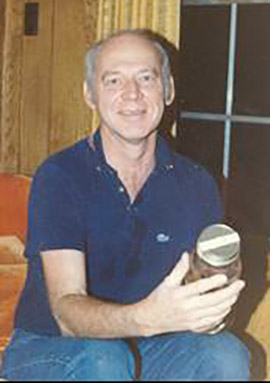 In 1980, Yoshi Sasaki became the director of CIMMS. Sasaki was instrumental in developing OU's meteorology program and strengthening the tie with the institute's federal partners and international organizations. Strengthening partnerships with both the university and the NOAA National Severe Storms Laboratory was Sasaki's legacy. 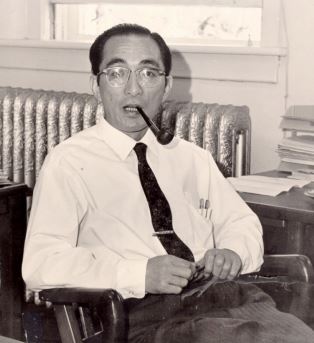 He assisted in creating an agreement between OU and Kyoto University in Japan, promoted research and relations between the United States and Japan, and he worked on an international consortium of universities, government and private enterprise, to alleviate the loss of life and property. His dream was to see universities, private businesses and government unite to lessen the devastating effects of natural disasters. Sasaki served as CIMMS director from 1980 until 1986.

In 1986, Doug Lilly became CIMMS' director. CIMMS moved into the Sarkeys Energy Center on OU's campus during this time and Lilly served as director of CIMMS while steer-heading efforts for the Center for the Analysis and Prediction of Storms (CAPS). In 1991, he left his position at CIMMS to work with CAPS full-time.

In 1990, researchers with the NOAA National Severe Storms Laboratory and CIMMS began development on the Warning Decision Support System (WDSS). WDSS was designed to enhance National Weather Service warning capabilities, and included a new set of algorithms for tornado, hail, mesocyclone, microburst, and storm cell detection and tracking. It also included a unique display capability that could quickly analyze data from a single radar using this algorithm information, such as time-height trends of various radar data fields. CIMMS and NSSL personnel traveled around the country, conducting months-long tests at geographically diverse NWS Forecast Offices, to work directly with forecasters on improvements to the algorithms. WDSS was replaced by a system that became the core of the Multi-Radar Multi-Sensor System (MRMS) that is used now today.

Peter Lamb joined CIMMS in 1991, and became the organization's longest-serving director to date. At the beginning of Lamb's tenure, he successfully competed for the Site Scientist Program for the developing Southern Great Plains Cloud Radiation Testbed in northern Oklahoma - one of three worldwide sites at the time in the Atmospheric Radiation Measurement program sponsored by the U.S. Department of Energy. 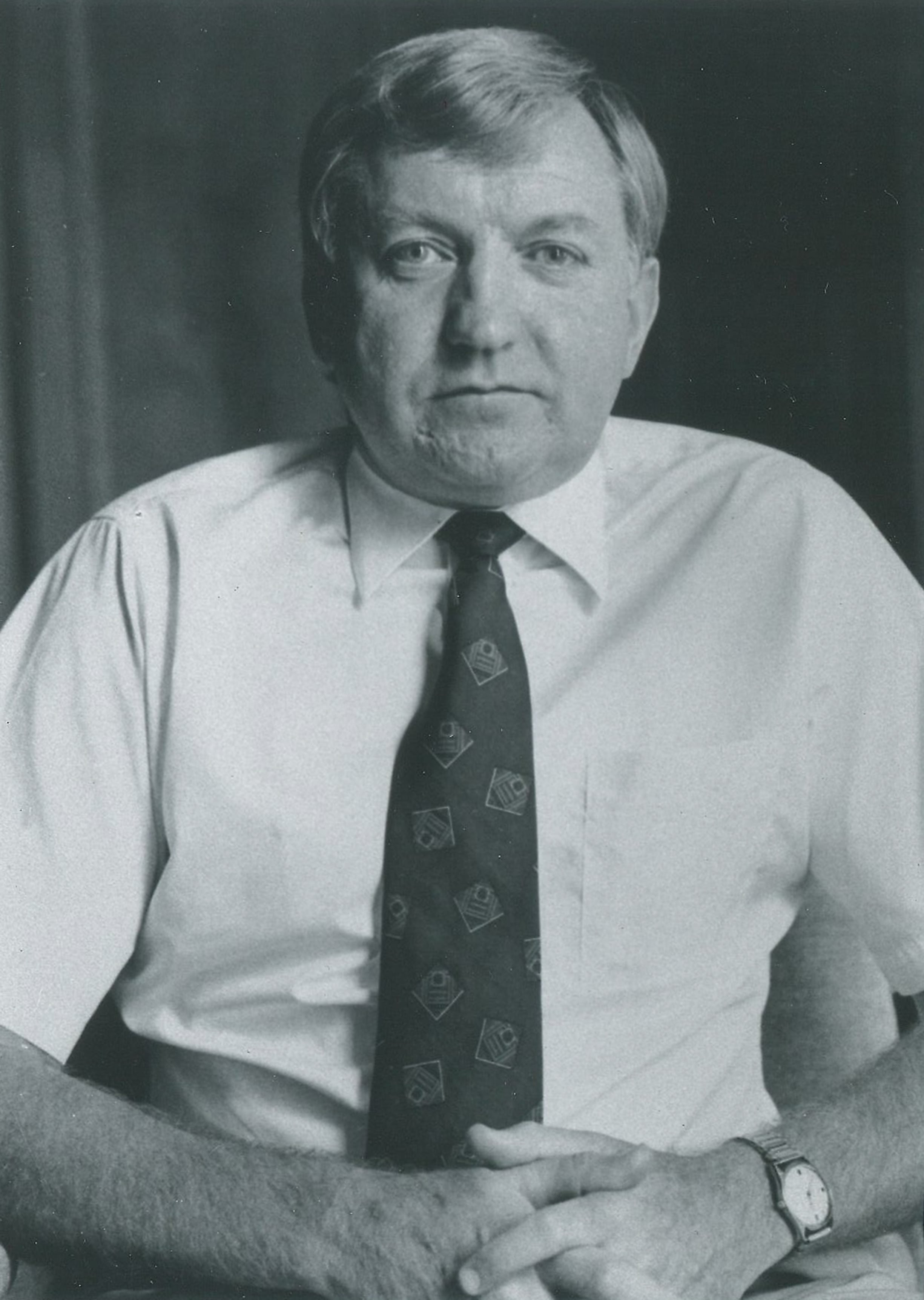 In 1994, CIMMS Researchers participated in the Verification of the Origins of Rotation in Tornadoes EXperiment (VORTEX) with the NOAA NSSL. VORTEX was a two-year project designed to answer several ongoing questions about the causes of tornado formation. Additionally, during this year, CIMMS began a partnership with the NOAA NWS Storm Prediction Center and this relationship continues today. 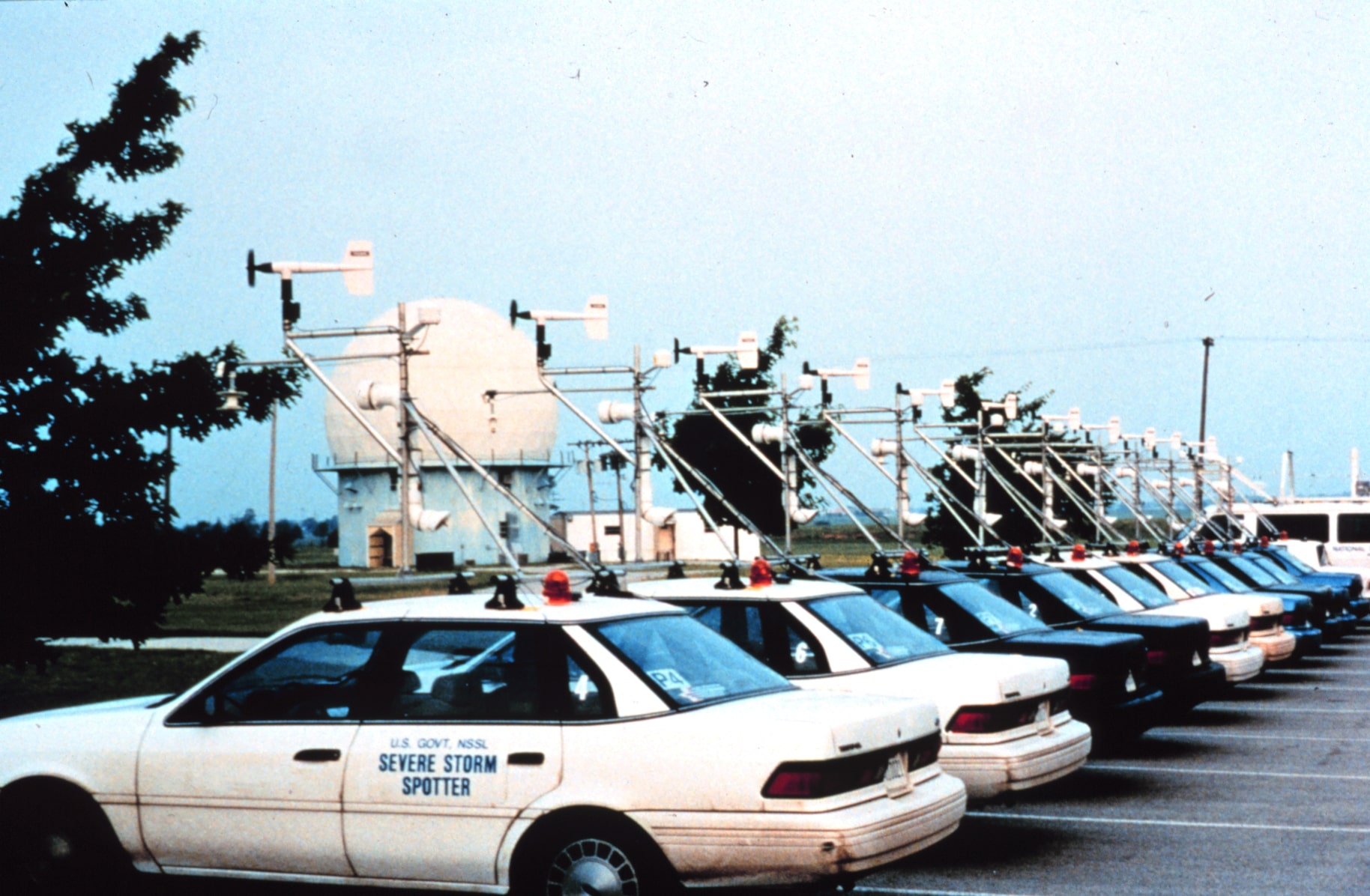 In 1995, the Department of Commerce awarded NSSL and its partner cooperative institute a gold medal for work leading up to, and the ongoing support, of the national deployment of the Doppler WSR-88D radars.

In 1996, CIMMS researchers began working and collaborating with the NWS Operations Training Branch. Today, the OTB is the NOAA NWS Warning Decision Training Division and CIMMS continues to have a large workforce supporting WDTD. Some of the first projects CIMMS researchers worked on for OTB was devising a way to quickly archive all available data sets after a major storm event, including radar, satellite, and upper-air observations, and this data became a quick, after-the-fact radar training tool for NWS forecasters to learn and review.

WDSS, developed by CIMMS and NSSL personnel, also played a key role in weather support operations for the 1996 Atlanta Olympic Games and then again during the following Olympic Games in Sydney, in the year 2000. Many of the WDSS algorithms and display features were transitioned to the operational WSR-88D and AWIPS Systems.

In 1997, NSSL received permission to upgrade its WSR-88D radar prototype with dual-polarization technology, and CIMMS researchers were instrumental in helping develop such technology. The prototype determined the practicality of upgrading the nationwide network of Doppler radars.

In July 2000, the ARM Data Quality Office was awarded to CIMMS and continues today.

In 2003, The Oklahoma Lightning Mapping Array (OKLMA) became operational and is used presently by the NOAA National Severe Storms Laboratory and CIMMS researchers to investigate how lightning characteristics relate to updrafts, precipitation, and severe storm processes.

Under the Multi-function Phased Array Radar (MPAR) project, in September 2003, CIMMS employees collaborated with NSSL for research using a repurposed U.S. Navy phased array radar (PAR), a SPY-1A, that was built in the 1970s. The PAR was located in NOAA's National Weather Radar Testbed (NWRT). The NWRT-PAR was focused on demonstrating the unique capabilities that phased-array antennas can provide for improved weather observations. For example, the NWRT-PAR was able to prove that one-minute, entire storm volume updates are in fact beneficial to forecasters' ability to extend severe and tornado warning lead times. 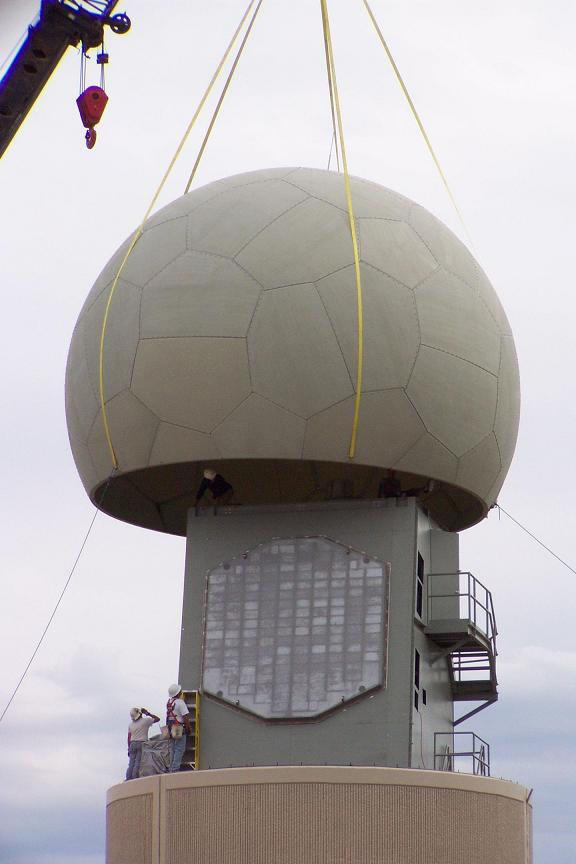 In 2005, CIMMS researchers led the Severe Hazards Analysis and Verification Experiment (SHAVE). The research was based upon students making phone calls to collect reports of severe weather from the public in order to gather a wealth of data to be used in future work.

A year later, in 2006, CIMMS moved to the National Weather Center. The building was officially dedicated to the organization on September 29, 2006 and is the current area of operations for the organization, located in Norman's South Research Campus.

NSSL collaborated with CIMMS on the Verification of the Origins of Rotation in Tornadoes Experiment (VORTEX2) project in 2009-2010. It was the largest field tornado research project in history, deploying ten mobile radars and 40 other instrumented vehicles, and continues today, working to better understand how, when and why some supercell thunderstorms produce tornadoes or do not. 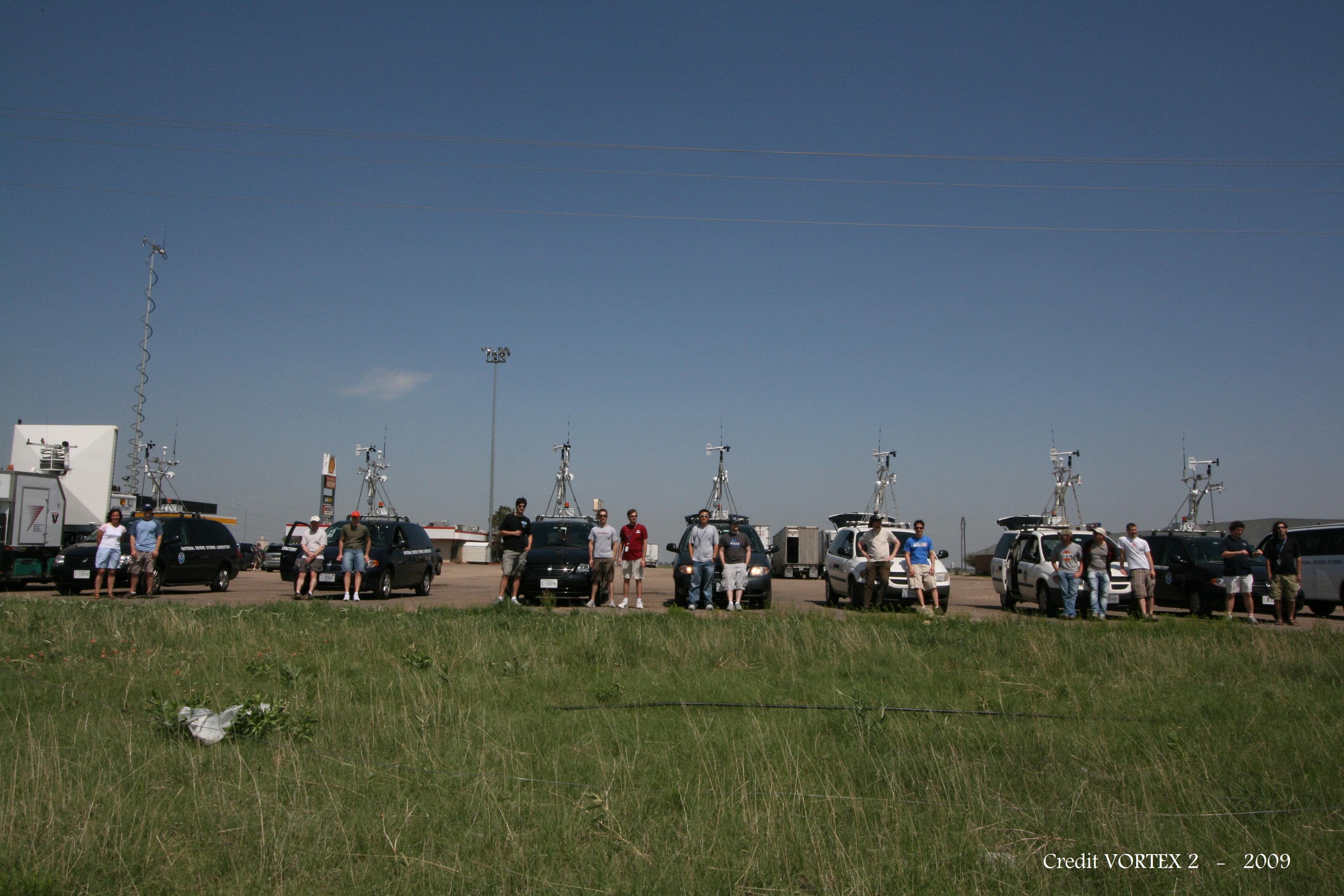 The project was designed to observe all scales of motion, ranging from the size of a thunderstorm down to that of a tornado. In the first year of VORTEX2, researchers collected data on a tornado in LaGrange, Wyoming utilizing all of the related mobile research equipment. This storm remains the best-sampled storm to date.

In 2010, a team from CIMMS and NSSL won the prestigious Vaisala Award for their Outstanding Research Paper titled, "Rapid Sampling of Severe Storms by the National Weather Radar Testbed Phased Array Radar."

VORTEX2 continued to function, and logged over 25,000 miles for each vehicle used over the two-year project sampling 36 supercell thunderstorms and 11 tornadoes.

The Meteorological Phenomena Identification Near the Ground (mPING) mobile app was launched in 2012 with the purpose of crowdsourcing weather data. The mobile app is a collaboration between CIMMS and NSSL, focused on helping National Weather Service forecasters in their work, and supplying data to radar research endeavors.

On October 1, 2011, CIMMS competed to continue operation for another ten years via a new competitive process within NOAA. The institute was successful in the competition, which allowed for a year-four-review in 2015 that ensured operation through 2021.

Peter Lamb served as the director of CIMMS until his passing in May 2014. After his passing, Randy Peppler served as interim director until August 2017.

NOAA and university scientists tackled the mystery of nighttime thunderstorms in the Plains Elevated Convection At Night (PECAN) field experiment during 2015. This intensive campaign deployed instrumented aircraft, ground-based instruments, mobile radars, and weather balloons to collect data before and during nighttime thunderstorms in the western Great Plains, to attempt to learn what triggers these storms and how they impact lives, property, agriculture, and the water budget in the region.

Additionally, the Verification of the Origins of Rotation in Tornadoes EXperiment-Southeast (VORTEX-SE) began in 2016. The research program was a large collaborative effort focused on understanding how environmental factors characteristic of the southeastern United States affect the formation, intensity, structure, and path of tornadoes in this region. The first VORTEX-SE field observing campaign was held during March and April of 2016.

May 2016 marked the creation of CIMMS' partnership with researchers at the NOAA Air Resources Laboratory Atmospheric Turbulence and Diffusion Division in Tennessee.

As he served as interim director, Peppler continued to encourage the growth of CIMMS until a new director was hired. Greg McFarquhar was named CIMMS director in July 2017. A former professor at the University of Illinois at Urbana-Champaign, McFarquhar remains the CIMMS director and a faculty member at OU today.

In July 2018, the Advanced Technology Demonstrator (ATD) was installed at the NOAA National Weather Radar Testbed. The ATD installed is a modern, dual-polarization, active phased array radar. This jointly-funded NOAA and Federal Aviation Administration (FAA) project cost a total of $38 million over five years, with significant partner involvement from CIMMS in this period. 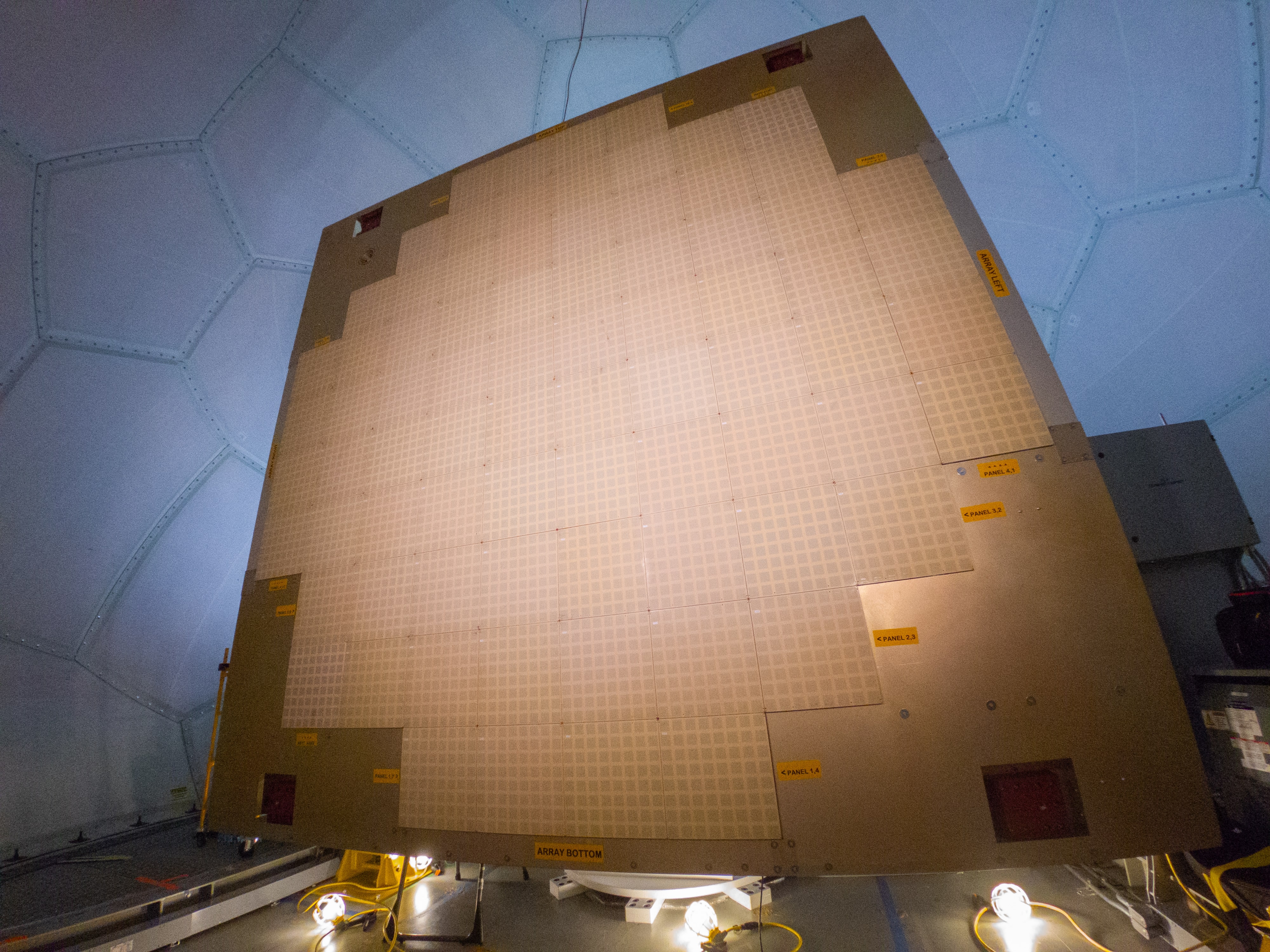 Researchers began ATD operations for experimental use in April 2020, which has developed now into the current use of the radar for engineering and meteorological studies aimed at evaluating polarimetric performance of a planar phased array radar.

On October 1, 2021, CIMMS competed again to continue operations, and was successful, becoming the Cooperative Institute for Severe and High-Impact Weather Research and Operations, abbreviated CIWRO. The mission of CIWRO is to promote collaborative research with NOAA to improve the understanding of severe and high-impact weather and to help produce better forecasts and warnings that can save both property and lives.

Today the Cooperative Institute has researchers in the NWC, but also Missouri, Tennessee, and Colorado. CIWRO, led by the University of Oklahoma, is now a consortium of graduate degree-granting institutions, operating on a greater scale than before as CIMMS. These institutions include Howard University, The Pennsylvania State University, Texas Tech University, and University at Albany.

CIWRO currently employs more than 200 people and has more than $25 million in annual research funding, making it the largest research organization on OU's Norman Campus.